Here on the Perfect Wedding Guide blog, we talk a lot about wedding professionals, local weddings, and tips + tricks for every bride-to-be. But it’s proposal stories like this one, from Monica + Jon, that makes us realize one extremely important facet of weddings that often goes overlooked: the groom. By planning out his proposal to such detail, Jon reset the standard for prospective husbands everywhere, and we’re so grateful to be sharing such an inspiring story! Thank you so much, to the beautiful engaged couple.

Not only was this proposal perfectly planned though — Jon, groom-to-be, showcased his love for Monica in such an exceedingly unique and special way, it’s hard to not grow teary-eyed at this story in particular. We’ll forgive you if a tear or two slips out, as the deep friendship between the couple, which so clearly makes up the foundation of their love, invokes a playful familiarity that makes our hearts sing. So we get it.

For me personally, hearing about two best friends committing their lives to one another always leaves me misty-eyed. So it’s no wonder Monica herself did the same thing –between exclamations of joy, of course — when Jon got down on one knee. Peep our social channels to see the video of Jon’s proposal if you don’t believe us, which was so dutifully captured by their close friends who were hiding in the crowd.

{See? He really did plan everything!} How did you and Jon meet?

“Jon and I initially met when he was admitted to the rehab facility, where I am a Physical Therapy Assistant, after a bad motorcycle accident he was in. He got put on my case load, and I remember walking into his room and seeing that he had ONE weight bearing extremity. I thought to myself, ‘What am I going to do with this man??’

When he was my patient, we had ZERO attraction towards each other, of course. He was just this nice, motivated, sarcastic, very kind man. He wanted nothing else more but to walk again, and that’s what I was there to help him do!

He discharged eventually, but every so often, he would stop by to visit, say hi, and show us his progress. Overall, Jon had 8 surgeries from that accident, including a hip and knee replacement. When he would come by, he would make a point to talk to me and spend some time catching up.

Time passed and we soon befriended each other on Facebook after he had told me, on one of his visits, that he had posted a thank you and a little sarcastic comment to his therapists. He asked me to have a beer with him eventually, to say thank you for helping him walk again. He knew I had had some really crappy Match.com dates, so he said he’d sweeten the pot and buy me dinner. Sure, I thought. I’d like to have dinner and good conversation with a decent man for once!

That was the last time we were apart!!” How did Jon propose?

The proposal! Jon knew I wanted to marry him pretty early on! Good guys like him don’t last long. He had thrown me off so bad by marriage bashing literally up to the day he proposed. I thought he didn’t want that with me at all!

I had been in an accident myself that required shoulder surgery and rehab and debilitation consumed most of my year. Before the end of the season, Jon told me he wanted to take me to the ABQ Aquarium on Sept 3rd for the afternoon. He knows it’s one of my favorite places in the city and that I needed the break from being stuck at home. Even at breakfast, we’re standing in line at Cinnamon Cafe looking at none other than The Perfect Wedding Guide, when I’m thumbing through the pages and showing Jon the pictures commenting on how pretty this is and how pretty that is. Jon looks at me and said “What’s with you today? Are you planning a wedding or something?” I looked up at him and gave him a snarky “No.” He literally had my ring in his pocket the entire time. He said he just patted his pocket and said to himself, “You are SO going to eat those words.”

We got to the Aquarium and went in. He excused himself to use the restroom and when he returned, he said he found out the shark feeding was at 2pm and asked if I wanted to go. HECK YA! So, we made our way through and found a seat in front of the Shark tank just shortly before 2pm. The crowd started to gather to watch and soon we started seeing the little flippers of the divers as they made their way down into the tank. They started feeding the sharks then floated up to get the food for the stingrays. Jon leans over to me and asks me if I’d like to move closer since the crowd had now made it pretty hard to see.

We got up and made our way towards the front. The divers went up and soon returned with what looked like a white tube, I assumed it was full of food for the fish. They made their way to the bottom center of the tank and started unrolling what looked like a banner. CHAVEZ, I saw first. That’s my last name, I thought to myself! Then my eyes bounced around the banner seeing hearts, and wedding bells and a bunch of randomness that didn’t make sense. The crowd around us gasped with excitement.

I turned and looked at Jon, who was standing directly behind me and in the process of getting down on one knee. I turned BACK around to read the sign to make it make sense to me. It said, “Psst, You,. . . .ya you, Monica Chavez. WILL YOU MARRY ME?” I turned back towards Jon and see this crowd all over staring at us. Jon looks up and me and says, “Look at me babe, just focus on me!” Ok! I did!

He proposed and I said yes about 50 times! The crowd erupted with applause and shout outs and there we were!! I had no idea that the entire time, our dear friends were hiding in the crowd video taping the entire thing. It’s a treasure to have it captured on video!

We still have the sign!! It was the most wonderful day of my life! I had NO desire to stay and look at fish anymore! We wanted to celebrate and the day was consumed by calls to our family and friends telling them the good news. Jon had also planned an engagement dinner at Trombino’s that evening with a bunch of our friends. It was amazing!

So, there it is! How Jonica came to be! It’s such a wonderful story of finding love at the most inopportune moments. Falling in love with your patient/therapist doesn’t happen everyday! Wedding Shoes for a cause 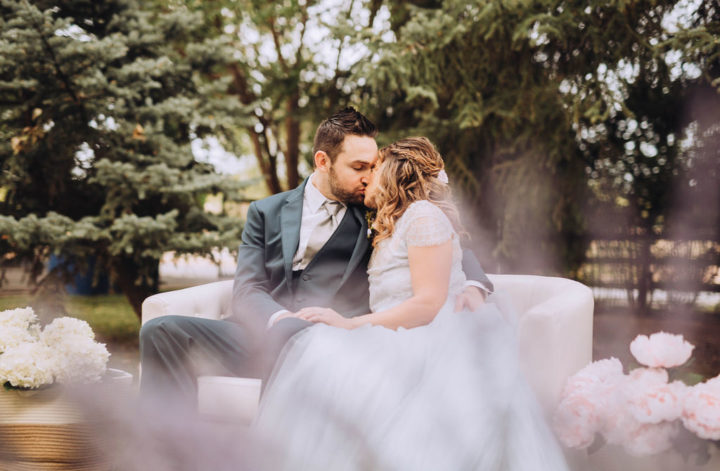